The 300 girls and boys, divided into Girl Power and Ushindi Boys Clubs, had workshops running in two separate halls at Katakwa Secondary School, each facilitated by Sadili’s social educators Joy Akim and Kevin Ayuko respectively. Topics of discussion included: who Girl Power and Ushindi Clubs are, their importance, understanding the female body (for Girl Power Clubs) and male body (for Ushindi Boys Club), the importance of being in school, entrepreneurship and health & fitness. After this, elections were held where each school had a chance to vote for its leaders.

Girl Power Clubs Africa is a leadership program that provides teenage girls with a chance to learn life skills and learn to make decisions that affect their lives and their communities positively. Ushindi Boys Clubs on the other hand is a men's leadership programme that initiates teenage boys through various stages of growth into young men.

Posted by Eleanor Orao at 3:07 PM No comments: 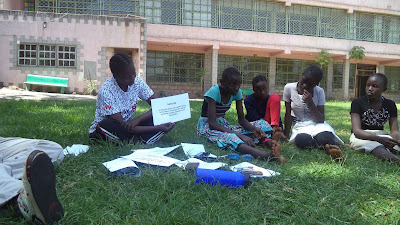 On Saturday, 28th January 2017 Girl Power Clubs Africa successfully held a leadership workshop at Sadili Oval grounds. The 3 hour workshop came just 2 weeks after elections of new Girl Power Club leaders had been carried out in all schools in the programme in Nairobi. It was aimed at discussing with the new leaders, among other issues, what is expected from them in their new roles. During the previous week, Sadili’s Social Educators had visited all Girl Power Clubs in Nairobi discussing with them leadership skills.

The workshop was attended by 4 Girl Power Club leaders from Karama Academy, 7 Sadili staff and 2 guests - both students at Catholic University of Eastern Africa. 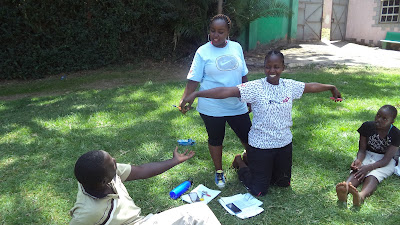 In a fun and highly interactive manner, various topics were covered during the workshop. They included: the history of Girl Power Clubs Africa and its role in training girls to become positive agents of change, personal hygiene as well as menstruation. These topics of discussion each had short breaks in between for games sessions. We all played soccer and other fun games.

Despite the low turnout, everyone seemed positive about the workshop’s success. “We had hoped the number would be bigger, but despite that we are happy that everything else happened as had been planned and that the girls have enjoyed their time with us,” said Everlyne Sigilai, one of Sadili’s social educators.

“It was a little intimidating for me at first to see so many staff and just a few of us, but they have been very friendly and I have enjoyed interacting with them. I hope to be here again for more of such activities,” Said Melvin Awino, one of the pupils from Karama Academy.

Girl Power Clubs Africa is a leadership program focused on providing teenage girls with a chance to learn life skills and learn to make decisions that affect their lives and their communities positively. 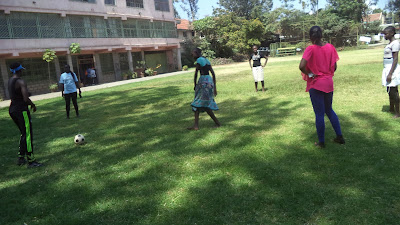 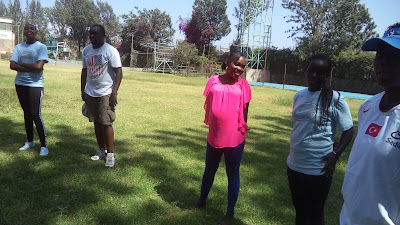 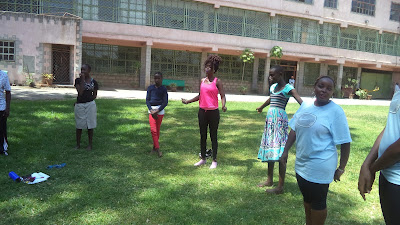 Posted by Eleanor Orao at 2:58 PM No comments: